Don’t run before you can walk, they say.

Yes; I’ve discovered the sheer, unadulterated joy that is putting one trotter in front of the other. And, dear reader, it’s been a joy. 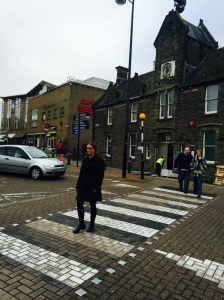 With the horribly annoying zeal of the newly-converted-to-anything, I am evangelising to anyone who will listen (and trust me, there ain’t many of those left) about the joy of WALKING. To listen to me bang on about it, you’d be forgiven for thinking I was the first godforsaken creature ever to crawl out of the dust and discover that those two bendy boneandmusclesticks had a point after all.

I can’t believe all you walkers out there have been having so much fun all this time and you didn’t let me in on the gig! (#FOMOErectus anyone?)

Of course, I’ve heard about all the research and smiled politely while other people waxed lyrical about the benefits of walking for wellbeing. But hell, I always thought, it just takes so long to get anywhere on foot. And it might rain. And I’m so flipping busy. And the car is just so darn convenient. And what if I’ve straightened my hair?

It’s not an aversion to moving that is my problem. I love my bike. I love running. Anything that involves arriving anywhere at top speed is a winner in my book. So what changed to make me reassess the virtues of a good old-fashioned stroll?

A humble Christmas gift of a Fitbit is what.

This lovely little piece of wearable tech has fuelled a revolution, and a month-long experiment that has seen me falling in love with the great outdoors (and yup, I’m counting the Grangetown to the Bay commute in that. *Sounds artistic licence klaxon*).

“It counts your steps!” he said. And he had me at “it counts…”. I bloody love a data-based gadget. I couldn’t face a run without MapMyRun measuring my average speed and KM splits. A cycle without Cyclemeter measuring how much ground I’ve covered doesn’t even count.

And now, I had become the proud new owner of a fancy pants pedometer you strap to your wrist so you never forget to take it with you. Dear reader, it was a love affair destined to happen. Never mind that it does lots of other things (tracks your sleep, calories burned, food intake etc). From day one, like a gay bar circa 1998, I was all about the steps.

The first few days were very much about getting to know each other; getting used to having this chunky black chip-fitted bracelet strapped on my left non-dominant arm.

I’ve long been somehow aware of the “10,000 steps a day keeps the doctor away” meme, and I was quietly confident that I must manage that most days. So imagine my horror when day one revealed that I took a paltry 2,000 steps on an average day. In a life mostly spent at my desk, sat in traffic jams or shivering on the sidelines of football pitches, it’s hardly surprising. But how I’d been deluding myself!

So it was decided; as an experiment, January would be the month I walked 70,000 steps a week at least. As an SAD sufferer, I hate January. What better time to try some of this ‘walking for wellbeing’ lark for myself? I love running but I only manage two runs a week at best. Maybe this was the sort of sustainable lifestyle change that could really make a difference to my fitness levels, while helping to kick the January blues into touch.

I set myself a target on the Fitbit app, and set about figuring out how I could meet this daily target while still managing to do the school run and negotiate my way around a diary so packed you’d be forgiven for thinking One Direction were playing a one-off concert inside it. And you know something? It’s been surprisingly easy; I just needed to plan ahead for my daily walks.

I started by taking lunchtime walks with a colleague. Leaving my al desko lunches to gulp down lungfuls of crisp winter air, walking the barrage and talking made a big difference to my mood, and my productivity in the afternoon soared.

I ditched the car where possible at weekends, with trips into town made à pied. And suddenly I was having different conversations with my son because I wasn’t focusing on negotiating box junctions and parking lot helter-skelters. We could just kick the leaves up, notice life around us and get lost in our little chats.

A trip to Barcelona saw me hit 20,000 steps on a day’s sightseeing that involved ditching the metro and exploring the back streets on foot. A 10 mile run one Sunday meant I set an all time record of 26,000 steps, which felt as good as the run itself.

It wasn’t all plain roaming though. Some days it was a struggle to hit the target, but I was so determined to make the bracelet buzz every day (there’s little feeling as satisfying as that fitbit buzz for me anymore. No sniggering at the back).

So I’ve been known to walk furiously in circles around the boy’s flat for three miles late at night (that was a low point, admittedly. I felt like a caged animal, and he laughed at me. “You turned me into this!” I scowled, as I sped up and tried to avoid the coffee table). Dragging the little man on long-way-round trips to the supermarket for things I could probably have done without, and dashing round the blocklast thing at night are just some of the other strange things I’ve done just to get the counter up. All things I could never have imagined doing before.

I write this on 29th January, and I’m proud to say that I’ve hit my step target every day this month. And the more I’ve walked, the more I’ve wanted to walk. In week one I walked 96,000 steps, last week was 99,000. On my early averages, I would have been taking no more than 25,000 steps a week, so I’ve almost quadrupled my weekly activity levels. And I’ve become strangely addicted to watching the graph creep upwards on the fitbit app. 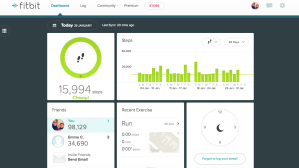 And as much as it’s been a pain trying to fit walks in, it’s been a lovely, eye-opening, and dare I say it, life-changing experiment. One day sticks out in particular. I was feeling really down, and a walk was the last thing I felt like. But a long stroll along the river ended in discovering a magical little café whose friendly staff put a smile on my face for the rest of the day.

I learned that sometimes, you just have to pull your daps on and get out there, even when all you want to do is pull the duvet over your head. Can there be any better metaphor for life?

Every time I’ve set out on an urban hike, I’ve had a brand new experience. I have seen my beloved city from new perspectives, created miles and miles of white space for myself, had conversations I would never otherwise have had, thoughts I never have time to have, and heard music I might never have discovered.

This morning I walked the Taff Trail from Llandaff fields to the bay in the rain. It took 50 minutes. But cwtched up in my big polar expedition coat, with my hood up and headphones on, I didn’t mind a step of it. Smiling at strangers. Watching swans on the river. Just putting one foot in front of the other and eventually getting somewhere.

*With a special mention to the boy, for sparking the whole crazy caper

One thought on “Walking back to happiness (or: Last month a Fitbit changed my life)” Leave a comment › 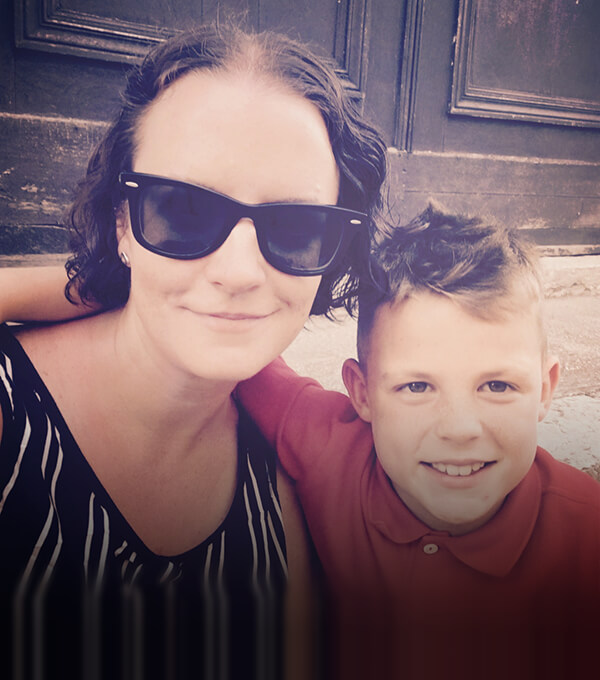